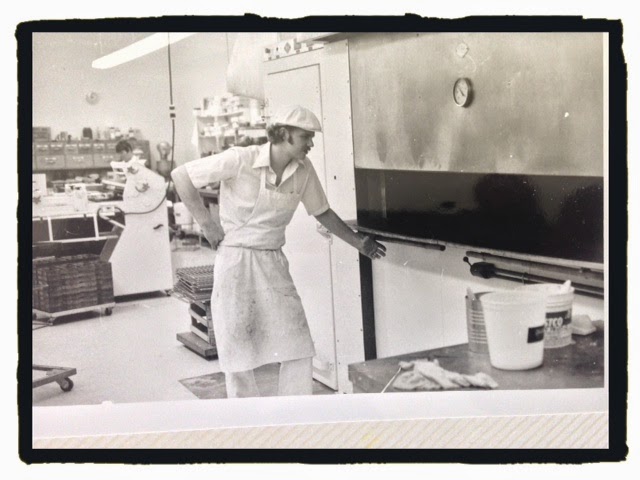 I woke up this morning with a burning desire to write a piece about the state of bakeries in my beloved city, Portland, Oregon. Or as some call it, owing to the popular tv show, Portlandia. Having owned and managed two bakeries over twenty years in this here burg, I am probably qualified to do so. Plus I invented The Cream Cheese Flip, often copied but seldomly made with the same original quality once offered at my stores. C’mon you guys, you have to make the filling from scratch!

I bought a box of doughnuts yesterday at the newly opened Blue Star Doughnuts on Hawthorne, which is smack in the middle of my neighborhood, and just looking at those beautiful rings got me going about baked and fried goods, how the retail bakery business here (and probably all over) has taken a turn for the better. You are gonna pay about 3 bucks a pop for one of the awesome and gorgeous doughnuts at Blue Star.

Please allow me to return you for a moment to the genesis of my baking career, Seattle, 1972. I served my apprenticeship while working full-time at a Safeway bakery, where my German and Finnish trained bosses, Karl and Roger, gave me all the skills I needed to do my job, and were also kind enough to pass along much other bakery knowledge because, wow, they were great guys! Karl, (his given name was Klaus), taught me the complexity of dough, and how to deal with friction and temperature, proofing, all that stuff. Roger was a great baker too, but Roger’s great contribution to my career was that he taught me how to work. “When you cut the tops of the strawberries, Ric, you never cross your arms. You set yourself up so it’s a smooth flow from right to left, since you are a right hander, and you get the job done faster, and then I like you better”.

Working at a Safeway Bakery just outside Seattle in 1972-75 was working in an actual, all scratch bakery. We mixed our danish dough and other doughs and batters from scratch, cake mixes were just starting to come in, but for the most part, we started with flour, sugar, eggs, and went from there. It was awesome. I learned so much, and I developed a love for baking, and for loading up several display cases with “good things to eat”, that I had made with my own two hands. So probably no surprise that in 1975, my wife Donna and I sold our small starter house in Seattle and moved back to Portland, where we had grown up, with our two kids, Stacey and Amy, and built and opened “Richard’s Bakery” in Tualatin, Oregon, near Portland.

The people came! And I plied my trade in Tualatin for ten years, and then moved the bakery to NE Portland, and changed the name to Favourites. Lots of good folks to thank for helping me make that move. You know who you are. The people came again!!

So what you have in Portland in 1975 is a handful of “scratch” privately owned bakeries, and the grocery store bakeries, who were still holding their own as “scratch bakeries”, hiring actual bakers, making quality products, pastries, cakes and doughnuts, right on premises.

My competition, alongside a few other area retail bakeries, was the grocery store bakery, like Safeway, and Albertsons, and a few independent grocery store bakeries. But during this time, in the late 70s and especially the 80s, the grocery store bakeries were moving toward less baking on the premises and more “bake off” products, where unbaked frozen goods would arrive at the store, and bakers (or technicians), would unpack the frozen danish, the doughnuts, cake layers, etc, and then finish the product, add icing, and place the product for sale. This apparently suited the needs of the grocery store bakery, because it provided a standard product throughout the store chain, it lessened production and labor cost, and therefore enabled the store to keep the price as low as possible. “Belly Buster Special! Applesauce Cake Doughnuts, 9 for 99 cents!”

There is wicked price competition in the food business folks, always, and peeps shop for price in most cases, so when you are making a doughnut, and the price of flour rises, and you realize you need to raise your maple bar price by a nickel, you consider it and think about it for days before you do it, because you know you are gonna hear about it. And that you might lose some sales because of it. Several times during my career, I caught sight of a person looking disgustedly at the prices of my products, and even saw and heard a few folks stomp out of the store, saying things like, “I’ll be damned if I am gonna pay 75 cents for a doughnut!! I’ll just go to Safeway!

“Well, fuck you then!”, one may have heard reverberating in the canyons of my mind, “go get your damn mixed and cut in Duluth and iced in Portland maple bar. Cuz I got up at 2am and came down here and started mixing dough, slamming coffee and hollering at employees to get to work just so you could gripe about my prices”.

And speaking of coffee, I was none too pleased when Starbucks set up a new unit within earshot of my bakery’s front door, on NE Fremont St. in Portland, around 1994. The coffee culture was exploding, and Starbucks were being built everywhere, though of course it is a much larger international business today. We had always sold coffee in my bakeries, but in 1993 I had leased the small space next to my bakery to an independent coffee retailer, “Java Man Coffee”. It was a pretty sweet situation. We had quality coffee drinks right next to the bakery, and we didn’t have to provide coffee! I stood with my hands on my hips when they were building that Starbucks a block away, and shouted, “Hey you guys, I thought of it first”, but my admonitions fell on deaf ears.

So, having imbibed approximately 900,000 coffee drinks in my life, (I prefer the pedestrian 16 oz. Americano, room), I have found myself, now, and back then, in many a Starbucks lobby, hanging by the roombar, waiting for the barista to call my name, and though my coffee drinking has slowed down some over the years, let's just say, I am an experienced Starbucks guy.

The Coffee Culture!!! It’s more popular than Jesus! It’s everywhere!! Starbucks started in Seattle in 1971. There were a couple other folks doing quality coffee drinks back then,  but when Starbs started growing and embraced a hip coffee shop feel, BAMM. You know, maybe part of it was timing, but I am going to give Howard Schultz and his crew most of the credit for growing the business into the popular mammoth it is today. And over the years, many, many very good and distinctive coffee businesses have succeeded, Peets, Dutch Bros., Stumptown (started in Portland, now in NY and LA!), Coffee People, on and on, The Coffee Culture!!

I guess it was around 2000 when I started to realize that the coffee culture had basically changed the way people operate. They buy and drink one hell of a lot of coffee. And guess what they also buy, as they stand and chat with the effervescent sales person in their fave java crib? Pastry!!! Tons, and tons, and tons of pastry. Ok first comes the coffee. Ya gotta have that. But buying the coffee puts you right in front of that pastry case, and damn that cranberry orange scone I had last week was the bomb and oh lordy lookit that cinnamon roll and guess what, with your wifes’s Venti Non Fat Latte, your Americano and a couple sweet things, there went twelve bucks, AND YOU DON’T CARE, because that is your life and you’re driving to Cottage Grove for the day and you’re all ripped on caffeine and sugar and you like it that way!

So here is my theory. The Coffee Culture has paved the way for the reintroduction of retail bakeries, and by God, here in Portland, we are very well stocked with new, great bakeries. Little T’s American Bakery, La Provence, St. Honore, Crema, Nuvrei, The Pearl Bakery, Ken’s Artisan Bakery, Back to Eden Bakery, Lovejoy Bakery, Grand Central Bakery, Dot Donuts, Jim and Patty's Coffee and Bakery, I could go on. And all of these bakeries offer a great coffee drinks, and some of them are full restaurants, besides the killer baked goods they produce. I go and buy a big ol’ box of fourteen amazingly tasty and beautiful pastries for thirty five bucks for the fam. I’m thinkin’, it's a bargain!! And the four customers behind me, they load up too! And no one complains about the prices!!! Well maybe a few, but they can still get their maple bar, mixed and cut in Duluth, at Safeway. 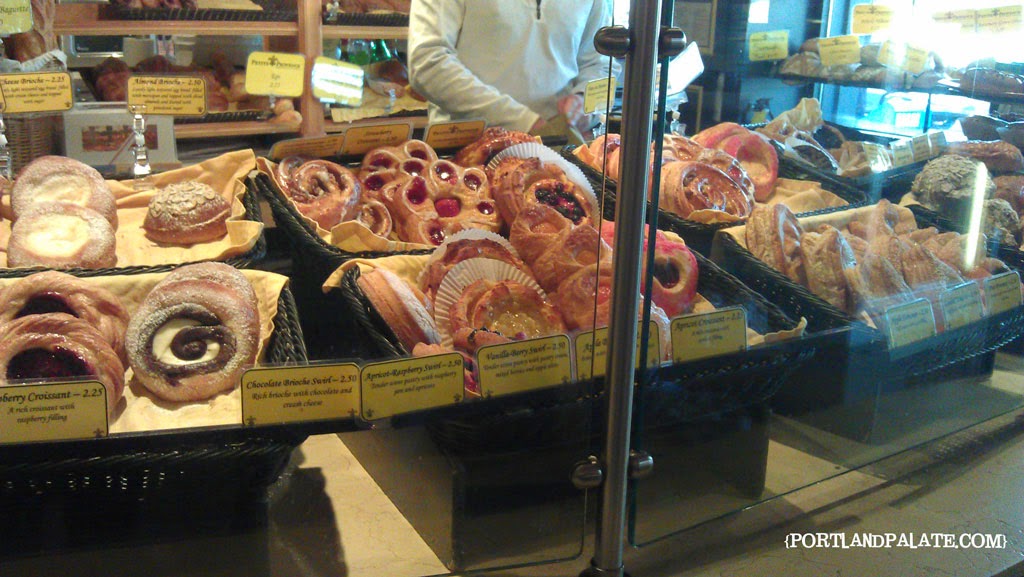 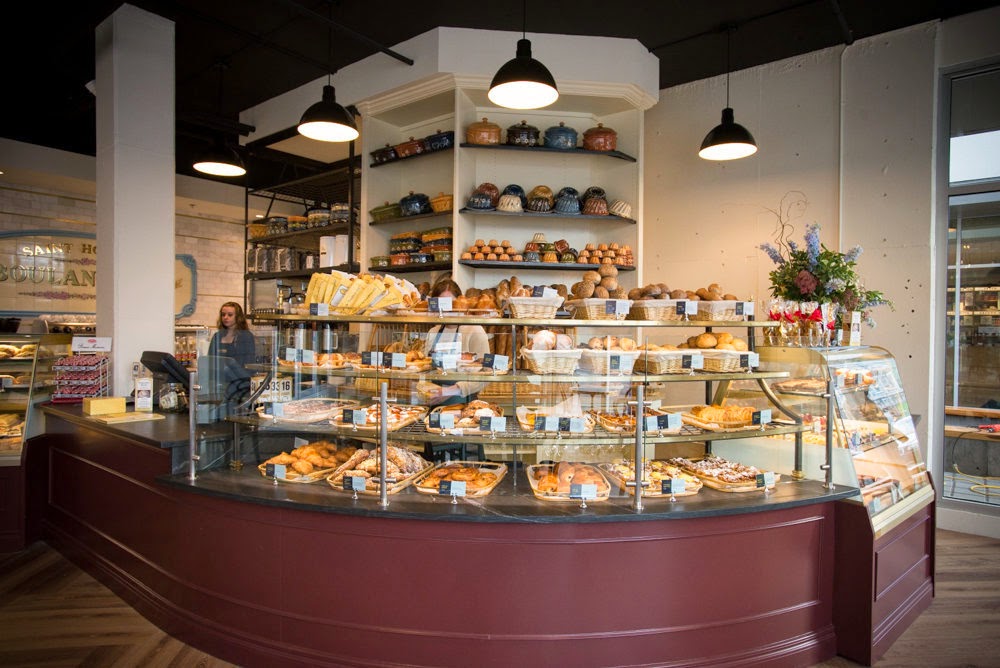 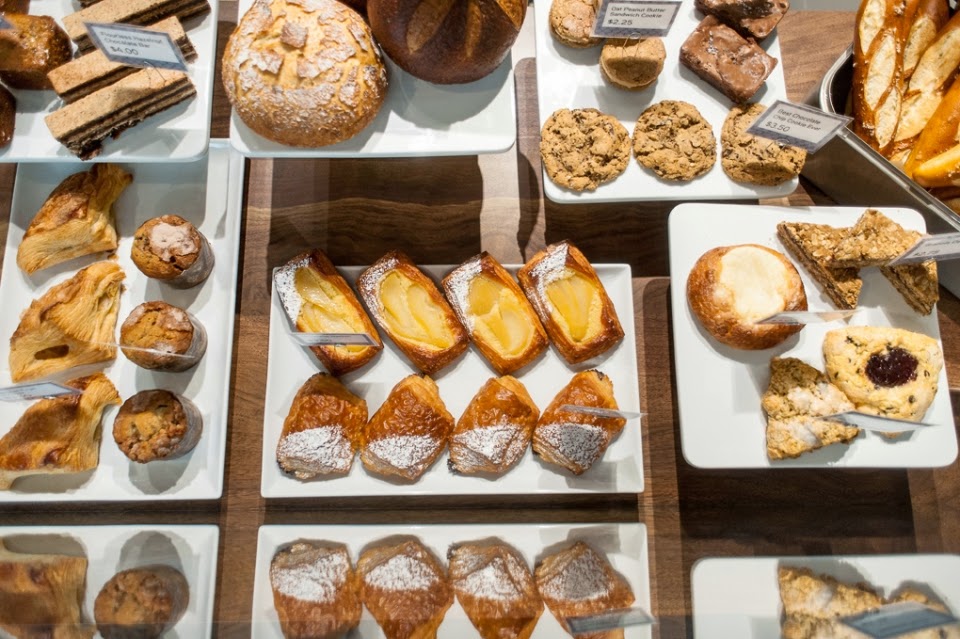 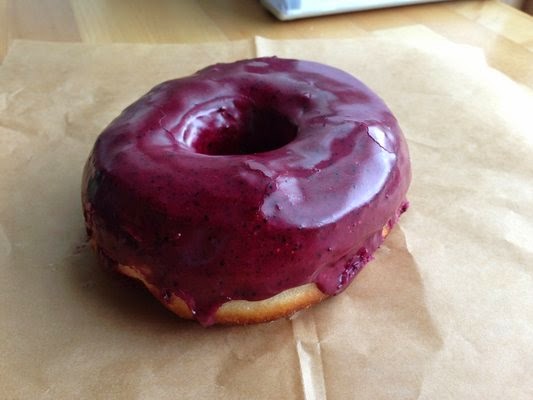 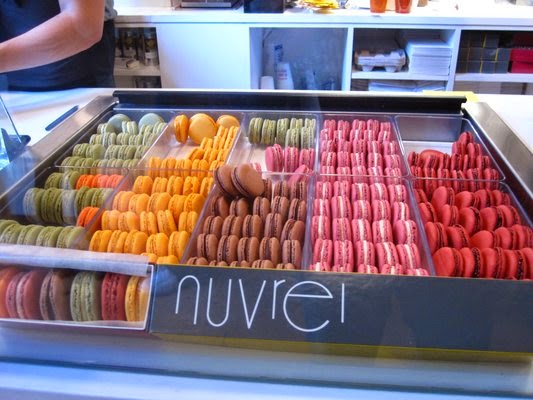 Loved this review of Portland Bakeries. We are a shout away from Grand Central in Multnomah Village. They have a monkey muffin made with croissant dough and pecans that is to die for. So many to try, so little time. LOL!