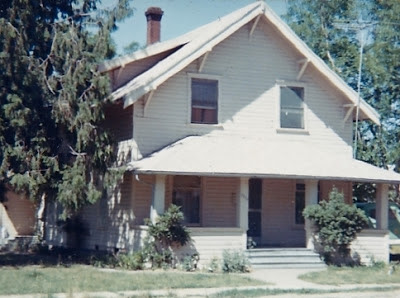 In 1968, The Morning Reign was going through some changes. Our fearless leader, Craig “Cac” Chastain had graduated from Willamette University. He was now free to spend more time on booking the band and doin’ all that leader stuff. Our bass player Doug “Shad” Heatherington was in his senior year, and we were pretty much waiting for him to finish so we could leave town more often or as they say in 2012 band parlance, “tour”. Gene was still living on campus. Bob Baker, soon to be replaced by keyboardist Larry Sieber, was considering leaving college at OCE in Monmouth and joining the military. Howard Holland, our drummer, was also living at his folk’s house. I had married, and Donna and I were the proud parents of our beautiful and most amazing baby daughter, Stacey Renae Seaberg. 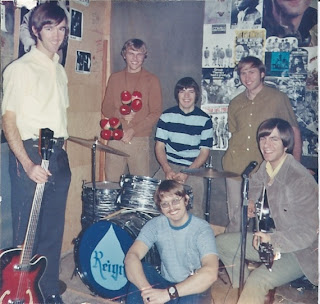 Shad, Cac, and I, (and Donna and Stacey!) needed a place to live in Salem where we could live and also where the band could rehearse. On the outskirts of Salem, on the edges of farm country, we found ourselves a large house with a detached garage that we thought would work. The house was huge, an old Salem farmhouse, which still had a huge garden area, at least the size of a full lot. So that’s where we headquartered for a year or so until we all moved to Seattle.

We fixed up the garage and hung crappy old musty carpets on the walls, some posters, and cranked up the incense. During this time we were experimenting more and more with original material, and also putting our own stamp on other songs we had not written. Almost every day, the other guys would come over, and we would hit the practice room for a few hours. It was a bit cramped in there but we made it work. And we could play as loud as we liked!

Salem, Oregon, 1968. Living in a large older rural home with my buddies and wife and daughter. And getting loaded a lot. As I recall, my share of rent for three of us was $35 a month. Dems was da days. 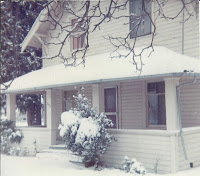 Once, just before we left for about a four week tour, probably to the grasslands of eastern Oregon and beyond, I tossed a baggie full of marijuana seeds into the garden area at the side of the house. Our landlord, Elizabeth Akulaw, a lovely older Russian lady, who lived adjacent to us, was still cultivating the land and growing vegetables, so the soil was fertile and full of nutrients. Lo and behold, when we returned from our trip, we found a stand of about 25 pot plants, about 5’ high, within picking distance of the kitchen door. Hmmm, thought I, better get these guys outa here.

Not long after that caper, Larry joined the band, and we headed for Seattle. But I recall the days at Big Beige with such fondness. As you can see from these photos, it was a grand place to live, and was a happy time for us all.