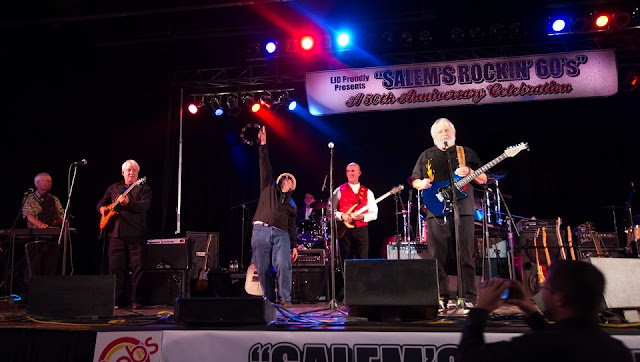 It was a crisp and cool Fall morning in the Pacific Northwest in 1966 when Willamette University upperclassman Craig “Cac” Chastain spied frosh folk singers Ric Seaberg and Gene Heliker, sitting on a length of concrete stairs by the ivy covered brick facade of Old Waller Hall on the Willamette campus. Looking to be in the neighborhood of 12 or 13 years of age, Ric and Gene, who had met at a Willamette incoming freshman camp retreat weeks earlier, sat strumming their accoustic guitars, already tinkering with what would become their first original composition.

Cac, a guitarist himself, approached with great interest, and within minutes the three were chatting about forming a rock band to play frat gigs and school dances. Craig and his friend Doug Heatherington, a bassist, had both been involved in campus rock bands at Willamette. Classically trained Craig had sung lead and laid down his guitar chops in the popular “Bootleggers”, and Doug with the less famous but equally talented “Stoics”. Both young men were members of campus fraternity Delta Tau Delta.

As the days and weeks passed during that first semester at the university for Ric and Gene, studies would admittedly take a back seat to their love of music. And for the next six years, Cac, Gene, Doug, and Ric, along with several other local musicians who provided their talents along the way, Steve Tate, Larry Sieber, Bob Baker, Howard Holland, and others, took their band to every venue and nook and cranny where a rockin’ band was required, from LA to BC, from Pochatello to Long Beach.

Thank you Ric! We all want more ~ we have our checkbooks ready to buy those concert tickets.