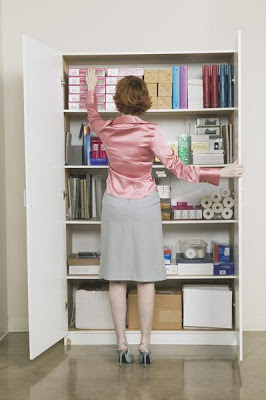 In 1971 I left my old band The Morning Reign, to settle down and get a real job, as I have previously detailed in my blog entry titled “The Institute of Sanitation Technology”. And for a year or so I worked as a janitor, for a larger janitorial company, in Bellevue, Kirkland, and Seattle Washington. It was actually kind of interesting. Not a bad job at all.

I worked at several different places over that time, on the night shift, and the place I worked the longest was at General Telephone in Kirkland, right downtown at the bay inlet. And just a block away from one of my all time fave restaurants, Le Provencal. At night, when I worked, it was quiet, save for the seven or eight guys who worked overnight cleaning and troubleshooting the frames full of wires on four or five floors. I got to know all these guys quite well, play cards with them, and even the building exec, who I spoke with frequently when cleaning his office, became a friend. When I told him I was leaving, to become a baker’s apprentice, he offered me a job with the phone company!

The guys who "worked the frames", as they put it, were a bunch of cray crays, a few years older than I, and we all got along great. They worked hard, but they also took long breaks, you know, when you work the night shift, nobody is looking.

Among my jobs at the building was to sometimes restock the “Office Supplies” closet where multiple supplies were kept, reams of paper, paper clippy stuff, but also, all that stuff that is sometimes needed in an office, well, needed at General Telephone in Kirkland, 1971, anyway. I mean stuff like boxes of cough drops, individual packets of lots of different kinds of pills, Eccedrin, aspirin, Midol, and packets of tea, coffee, that kinda stuff an office worker might need.

Now, it took me about a month to realize that the supplies in the closet were being depleted at, well, what I thought was an awfully high rate of usage. Like, for example, one night, I would go to replenish the closet, and all the coffee packets would be gone, a few dozen of them, and then, next day, only a couple missing. Or say, all of a sudden, a full box of those Eccedrin packets would be gone. Well maybe I’m not a genius but it wouldn’t take much brain power to figure out that many of these supplies were being carted off in droves by employees. Which kind of put me in a weird position. I was quite young, I didn’t really know what to do about it. So I did nothing. I just kept replenishing what went missing. It was basically an honor system, and it was not working. Well, it was working for somebody. Or several somebodies.

So since this whole closet thing has been occasionally popping into my mind over the years, especially when a 20 would go missing from the till in my bakery, or bakery supplies, a song came down about a year ago, and I have just finished recording it, with the able assistance of Tim Ellis and JP Garau. You might notice a teensy bit of sarcasm in my voice. I hope you enjoy my paean to pilfering, "The Closet".