It's All About the Song 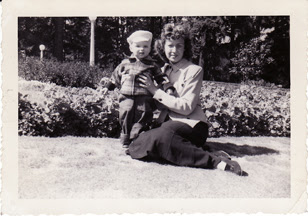 My history of songwriting dates back to when I was oh, maybe 2 years old, no kidding, as illustrated here in a 60 something year old tape (well, audio wire), of me performing an original, which I dubbed "The Lone Ranger Song" in later years. That's my Mom, Lorraine, on the recording, with her stellar intro. Mom was around 30 at the time. I am so very blessed to have this audio. Somehow it makes me feel more whole.

In my teens and twenties I performed as lead singer in a rock band, "The Morning Reign”, and wrote some of the band's songs. Maybe my bandmates would beg to differ, (I hope), but the songs I was writing in those days were all pretty much pure shit. To put it in the vernacular, as it were.

So I have been a student of songwriting for over 50 years, read all the books, wrote 9000 infinity songs, (that's just the ones that suck), and have alway listened with my ear to the speakers to better understand chord changes, song structure, and especially lyrics.

But by paying attention to songs and writing songs all my life, because that's what I love and what I am drawn to, I humbly admit that I have never become much of a musician. Oh, I could probably hold my own as a rhythm guitar player in a band if I concentrated on it. Or accompany myself on acoustic guitar if I was ever interested in performing live. That is not going to happen.

I have fortunately known a ton of musicians, and lots of really great players over my life. I guess in some ways, we are kindred spirits, we love music, we are doing more than just being listeners. But I must say that there is kind of a divide between many good musicians and some of us who mainly write songs. Like the person who spends all of his or her time crafting the melody and the lyrics is less worthy. I get that it takes a ton of time and commitment to become proficient on an instrument, understand and be able to properly use amplification, organize the band, go out and get gigs, wow, tons of work. I did that once. And when I was done with that, I went forward until this day writing songs, doing some recording. But my guitar chops could I think be fairly described as lower than average!

I heard a tune today online (which was not a hit) by a 70’s band, omg. Please forgive me for coming right out and saying, that song was really bad. Kind of like the songs I was writing in my twenties!! This was a professional recording of an original song, and well played by capable young musicians! But the song, ugh, lyrically sophomoric, uninspired, just a bun’cha words strung together to make it sound kinda like a song. I just sat there and as I have many times before in my life just shook my head and uttered the words, "It's all about the song!" Because without the song, you do not have shit.

And that's when I began to think (yet again) about the rub between players and non performing songwriters. Those of us who aren't great on an instrument are sometimes referred to with disdain in the music industry as “hummers”. What there needs to be is cooperation and mutual respect between players and songwriters of all kinds. Performers need the best songs, no matter where they come from. That song I heard this morning, I'm pretty sure that thing should have never been recorded. But probably someone in the band wrote it, so that's what you do. So many songs, (and plenty I've written!) should surely never see the light of day. And players and songwriters should work together to make the best music happen! Cuz before you can play the song ya gotta find a great song!! It's all about the song!!! And when I’m walkin’ my little royalty checks up to the credit union, even though I suck on the guitar, I am still gonna be feelin’ pretty good about makin’ music, my way. Hummin'.

Emerson talked about "the meter-making idea," by which I think he meant that the inspiration, the insight, the passion, or the urge to express some complex truth is what drives the meter of the poem or the rhythm and music of the song. All the rest is dust in the wind. You and Ralph Waldo are skipping along arm in arm, buddy, humming the same tune.