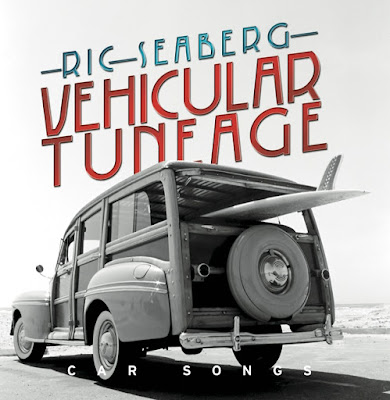 I guess it was sometime in 2001 when Marie and Blaine called me out onto our front porch to ask me if I had heard CarTalk on NPR that day. Then Marie repeated to me a caller's story from the show, giggling all the way. I could tell you the whole story, but the original letter this guy sent is on the CarTalk website, and titled "Love and Rust Spots", click here. I cracked up as she spoke, and then returned to some mundane putzing I'd been doing in the basement. I loved the story Marie had told, and as I was dwelling on it over my table saw, I heard a little melody and the words, "didn't say "I love you" right!". And then suddenly I was holed up in my office, strummin' the purple Ovation, and shortly thereafter found Marie and Blaine, still sunning themselves on our big old Portland front porch, and sang them the original version of my song, "Didn't Say "I Love You" Right", which of course basically tells the story Marie had heard on CarTalk. I could tell the song delighted her, and then I got all happy and filled with a sense of accomplishment. And then I had a beer and sucked in a long breath of air with my nose all tweaky exactly like my dad used to do when he was pontificatin' like a boss. Within a week or so I laid down a few backing tracks in my little home studio and then Bobby Hines came over and played the lead guitar part. So I sent the finished song to CarTalk, and they were kind enough to play the thing a few weeks later, which I admit was very satisfying to me and Marie and Blainey. I remember I was driving home from fishing on the Clackamas River and listening to the CarTalk show on my van radio and talking to Marie on one'athose teeny flip phones when they played it, and we were all like WOOHOO!

So long story short, at some point the producers of CarTalk asked to use the song on a compilation cd, of course I said yes. You can still get a copy of the cd at cartalk.com and other places. Here's the Amazon link. But this was just the tip of the iceberg for ol' Ricky and the CarTalk connection. The next thing I know I am submitting a song I'd written, all the time with CarTalk in mind, titled, "We Talk About Cars", which is a song that has cars in it but is more of a Mars/Venus thing and highlights how we men tend to sometimes get locked into conversation about cars. As opposed to how women might gather, say, in a book group, and solve every problem known to man over tea and knishes. And of course I was thrilled to get air play on the show for this song too, and then was asked to allow them to use the song for yet another compilation cd, this one! Over time, this CD has made it around to radio stations and podcasts all over the world, and I am happy to say that "We Talk About Cars" has been my most successful song, because I can see on reports from SoundExchange and ASCAP where it is getting played. And then I use that residual check to keep my Starbucks card in the black. Again, WOOHOO!

To date the producers of CarTalk have played 8 of my songs about cars. It is kind of surprising to me that I have actually been driven to write as many songs as I have that include cars in some way. Or my van. Or by extension, our 1964 Airstream Land Yacht. I mean I didn't really grow up workin' on cars in my driveway like some guys. But I did start doing some of my own car maintenance when I was a young dad, lyin' on my back under a 58 VeeWee wirin' up those flappy things so the car heater would work in winter, or putting a new radiator in my old Jetta. And other stuff.

So here I sit with a large handful of Vehicular Tuneage, with one song in particular that I am certain has kissed the ears of many thousands of car enthusiasts, and others, so I say to myself, I says "Self, why not crank out a compilation of your own, to include these many vehicle related songs you've penned. You could do that, Self". So I made a list first. And I found 17 songs that feature a vehicle. Well a couple others too, but they're shitty songs. So I selected the good ones, and I put them on the cd, above. I think it might offer up a grin or two. At Ric Seaberg Central, we thank you so very much for reading this entire post and for being interested in my tuneage. Especially, my Vehicular Tuneage.